The “Miss Independent” singer, who rose to fame after winning American Idol‘s debut season in 2002, hasn’t spoken much about her dating life before marrying Blackstock — even when she was rumored to be romancing From Justin to Kelly costar Justin Guarini in the early 2000s.

It wasn’t until 2015 that Clarkson confirmed that she and the season 1 American Idol runner-up had a brief fling early on in their careers. “I think any two people who were thrown together that much, I mean guy, girl, you put [on] ‘Timeless,’ that song from From Justin to Kelly, you can’t fight it,” the Texas native said during an appearance on Watch What Happens Live With Andy Cohen at the time.

Guarini: for his part, denied in 2012 that anything romantic happened between the musicians. “Yeah, there was a rumor, definitely. We’ve just always been such good friends,” he told Yahoo Music at the time. “Um, man, it was weird. She was like my sister on the show, and then you know, we made a movie together. … I’d say, we had a good time. Yeah.”

The Georgia native later backed up Clarkson’s recollection of their relationship, telling Pennsylvania concertgoers in February 2014 that the twosome were briefly romantic while filming 2003’s From Justin to Kelly. Clarkson’s outlook on love, however, seemingly shifted once she met Blackstock, whom she wed in 2013 after two years of dating.

The “Piece by Piece” singer started to become more vocal about her relationships, telling Ryan Seacrest in October 2012 that she knew Reba McEntire‘s former stepson was The One the moment they met. “We were just in a room together, and then he came up and said he was from the same hometown as me and I was like, ‘Oh, we’re so getting married,’”

Clarkson told the radio host during an interview for KIIS-FM, noting that Blackstock was in a relationship when she was introduced to him. “I was so that girl. When he became single, I was on the prowl.” The Grammy winner, who shares daughter River and son Remington with the talent manager, added: “Once you finally fall in love with someone and you are so comfortable with them, it makes you more comfortable in your skin.

It makes you comfortable as an artist and it makes you more confident. I’m completely head over heels for him, he knows that.” However, the duo’s romance didn’t last, with Clarkson filing for divorce in June 2020.

Justin Guarini :After winning season 1 of American Idol in 2002, Clarkson sparked speculation that she was dating the show’s runner-up. 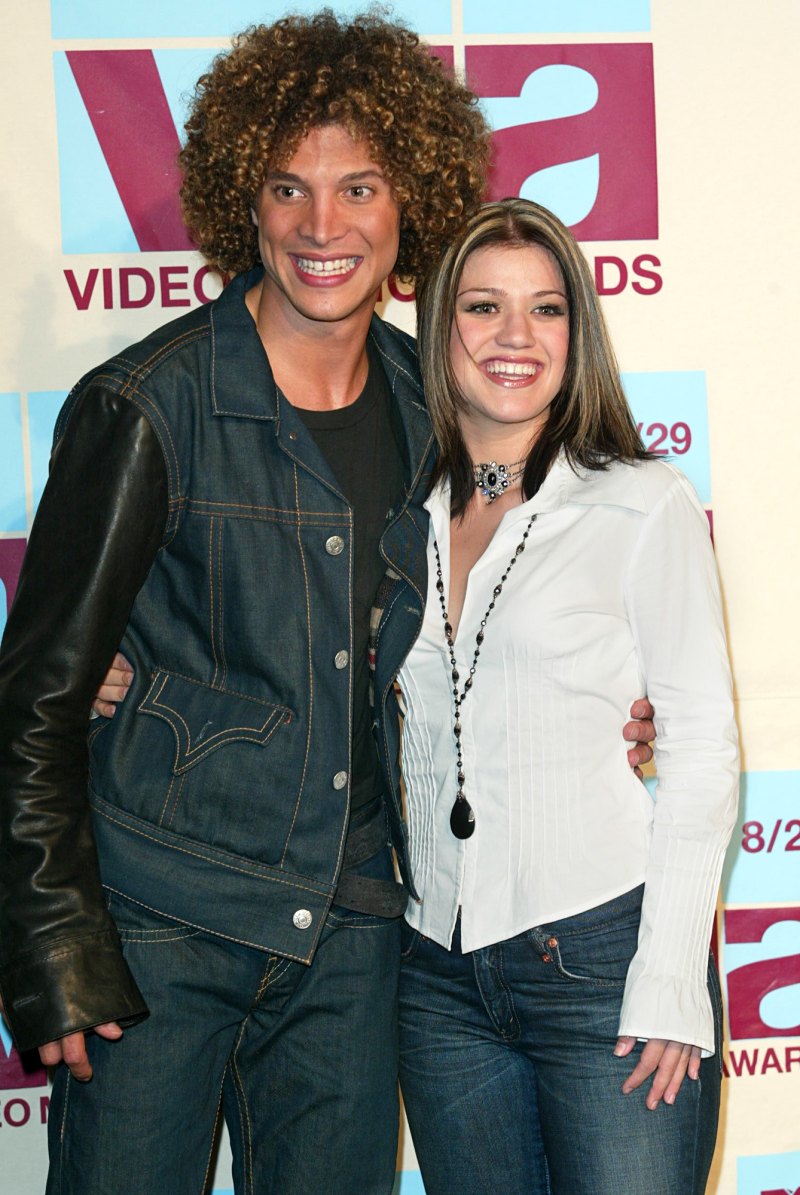 More than a decade later, the “Stronger” songstress clarified what actually happened between her and Guarini during an interview on Watch What Happens Live With Andy Cohen.

“We didn’t date during Idol, which everybody thought, but we did date during — I feel like we weren’t dating during [From Justin to Kelly], but I feel like maybe we did,” Clarkson said in 2015. “We did date a little bit.” 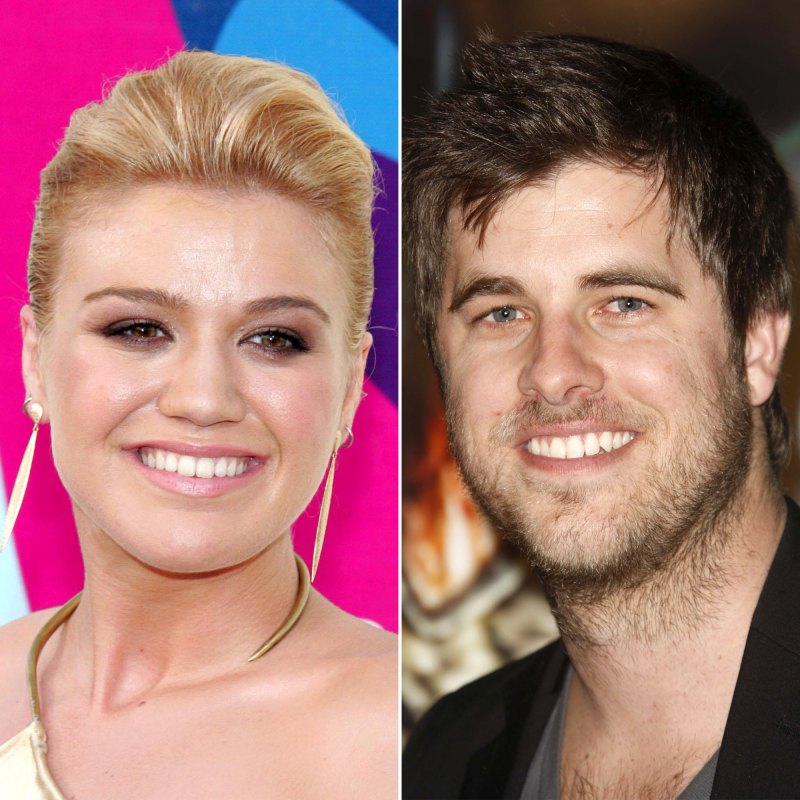 Graham Colton:The Voice coach romanced the musician in 2015 after his group, The Graham Colton Band, opened for Clarkson’s Breakaway and Hazel Eyes Tours. The duo called it quits later that year after six months of dating. 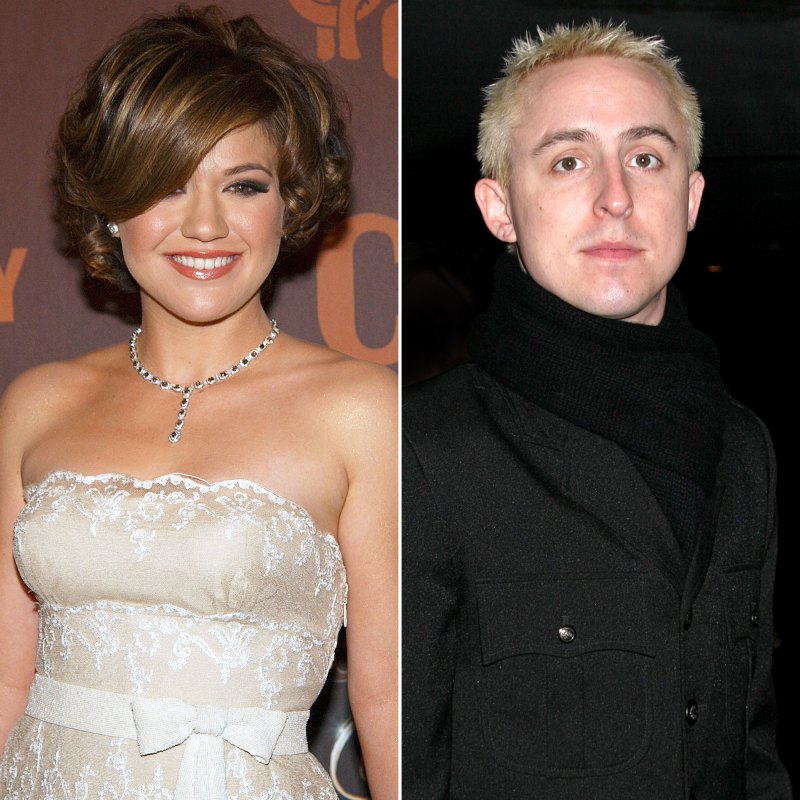 Brandon Blackstock: The “Since U Been Gone” singer began dating Blackstock in 2011, announcing their engagement in December 2012.

The duo tied the knot one year later before welcoming two children: River and Remington. Clarkson filed for divorce in June 2020 after nearly seven years of marriage. The songstress was declared legally single in September 2021.