Gospel Chinasa  is a sensational gospel minister born and resides in Nigerian.

She studied Fashion, Creativity and Entertainment in the General Fashion Academy Accra Ghana.

Gospel Chinasa aside musice, is a Creative/Fashion Designer, Actress, a Film Producer/Director. Some of her production in the movie Industry include; The Visitor, Love Encounter, etc.

Gospel Chinasa is a passionate worshiper and this has led her to writing and composing of songs. Gospel chinasa amongst many of her songs recently dropped a single tittled “Idi Ebube”.  She is a Philanthropist of repute which gesture has earned her many awards both in her community and State at large. Among the awards include; Pride of Nigeria Best Designer of the Year 2018, The Eziada Di Ora Nma bestowed on her Local Church in Imo State.

Gospel Chinasa believes in the sanctity and sacredness of the holy matrimony, she is happily married to her husband and the happy union is so far blessed with a son. 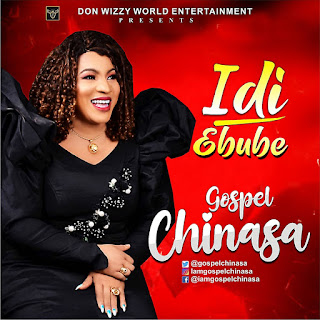